About the Schiehallion Dancers 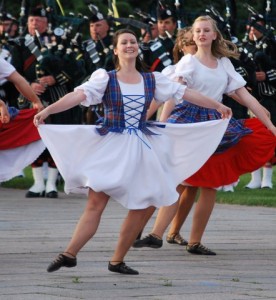 The Schiehallion Dance ensemble was established in Hamilton in 1968, by former World Champion Highland Dancer, Sandra Bald Jones, and is co-directed by Chelsea Verbeek. Over the years dancers have come and gone, but the enthusiasm and high standards maintained by this group have resulted in delighting audiences in many parts of Canada, the United States, Great Britain, Asia and Europe.

The Schiehallion Dancers have participated in The Last Tattoo in Berlin: Festival of Flowers – The Channel Islands: Festival Interceltique – Brittany: Scottish Festival-Hawaii, and a Folk Festival in Macau: A highlight was appearing in The Edinburgh Tattoo in 1981, 1986 and 2003. Other performances include: The Queens visit to Hamilton:, “Wee Maggie goes to Scotland” Hamilton Place (Fundraiser for Sick Children’s Hospital):, the opening ceremonies of the World Cycling Championship, and 18 years of performances in Musical Mosaic (a fund raiser for the Cancer Assistance Program). Locally, the Schiehallion dancers participated in the Hamilton Tattoo during the 25 years it was held.  They have also competed across Canada, with highlights including the 2014 Canadian Championships in London, ON and 2017 Canadian Championships in Charlottetown, PEI .

On August 17, 2022 the Schiehallion Dancers had the honour of performing for Her Majesty Queen Elizabeth II and other members of the Royal Family in a private performance at Balmoral Castle. Schiehallion performed alongside the Sons of Scotland Pipe Band, Champagne School of Dance from Ottawa and Gabby Pealer from West Virginia, for this special occasion. To our knowledge, we were the final performance for her Majesty, a true honour and memory for us all.

On playing fields, in concert Halls, hockey arenas and school auditoriums, these young people have been fine ambassadors, both officially and unofficially, for their hometown, their Province and their Country. Through her Schiehallion Dancers, Sandra Bald Jones has helped to perpetuate Scottish cultural heritage, bringing highland dancing to the attention of many delighted audiences. 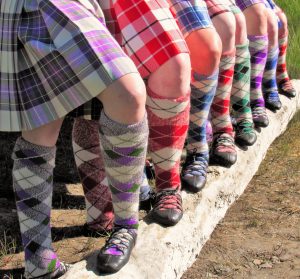